All About My Anxiety

This is going to be a very long story and post but this is the reason I decided to start this blog whether it be successful or not. I want to begin by saying that I don’t want this blog to be about anxiety period, I want it to be something to be interesting, useful, and happy to read.

As a child I felt “normal” I wasn’t anxious and just was a kid, my anxiety began much later I was a happy teenager enjoying hanging with my friends, and had my first boyfriend Trevor at 17 years old. Well as most of every relationship we would argue and break up then get back together, during one of our “breaks” I was at this time 18 years old driving to my friends house listening to music in the car, when suddenly I hear a loud engine I look to my left and there I saw him and in a blink of an eye he hit head on into oncoming traffic, he was trying to pass me and didn’t see the car coming in front of him the impact somehow caused my vehicle to crash into a ditch. He died right there that day. After that my world turned upside down I from then lived in fear everyday, yes I’ve had happy normal days and I did feel “better” as time moved on, but it was always there, the anxiety, everyday at some point.

I eventually started to gain a friend after the accident his name is Chase he was just there, as a friend to me until eventually after spending time together developed into a relationship. I am 28 years old, Chase and I have been a couple since I was 19 years old, we have 3 children together. He endured all of my hardest times with me. After helping me cope with losing Trevor I became pregnant a few years later.

During my pregnancy there it was ANXIETY to a full extent, anxiety causes many symptoms and during my pregnancy I had extreme fear of the unknown, about being a parent. What do I do? What will the baby be like? Will I be a good mom? I was extremely emotional. I birthed my first child at 22 years old, a little boy and I named him Zadyn. He was everything to me and all of the fear I had disappeared, in that moment it was just him and I was happy again! Fast forward almost 2 years later I became pregnant again. Then anxiety consumed me finding out that I was going to have another child, I wasn’t ready, how could I love another child as much as I love my son? In my mind it was impossible, I loved my son with all my heart and I couldn’t give that much love to someone else.

During my pregnancy I found out the baby was going to be a little girl! I became at ease thinking about having a little mini-me and doing her hair, dressing her up, and just having a close relationship with her like I do with my mom! As my pregnancy went on I noticed I was getting a big belly like I did with my son, my OBGYN decided to give me an ultrasound to find out that my baby was measuring small for my due date, she decided that we should repeat ultrasounds from them on at 27 weeks pregnant every 2 weeks and just keep track of her growth. Every 2 weeks the ultrasound would show that she was getting smaller and smaller for her gestation, when I was diagnosed with IUGR (intrauterine growth restriction), meaning that she just wasn’t growing properly in my womb.

After several ultrasounds and “failing” from her not moving enough or showing practice breaths on the ultrasound , my OBGYN decided I should be induced at 35 weeks. My daughter Zoey was born at 4lbs even and spent the next 61 days in the Neonatal Intensive Care Unit (NICU), simply for not eating a bottle. She was fed through a feeding tube while we tried and tried to get her to eat a bottle with many, many tests done on her, to eventually be told that she was failure to thrive and it’s going to take her a long time to learn to eat a bottle. We had to have our baby get a gastrostomy tube or g-tube. 2 days after surgery we were able to take our baby home to meet her brother and to finally be home and out of a hospital! The next several months consisted of doctors appointments, therapy, and a lot of frustration to get our daughter to learn to drink by the time she was 1 year old she was fully eating and drinking without her g-tube, she was a happy HEALTHY little girl. A few months later we were able to get her tube removed. After her tube being removed for several months we noticed it would still leak out of the site, she would be eating a bowl of blueberries when her shirt would go bluish purple after a while. She had to then have another surgery to get her whole closed since it did not close in its own. Talk about anxiety to watch your almost 1 1/2 year old get another surgery.

After the chaos with our daughter I finally felt “calm” in a long time. During this time time my father fell ill…. I was so consumed in my child I didn’t realize how much his conditioned worsened, I began to get full fledged panic attacks everyday from the fear of losing him I couldn’t deal or cope with it! I started to distance myself from him because I was so terrified I loved him so much and I couldn’t handle losing him, it wasn’t real, he was going to get better or beat it somehow someway. Well I was wrong on December 11, 2017 he passed and it was devastating and from then on I encountered daily panic attacks everyday multiple times a day. I couldn’t handle the grieving and basically became overwhelmed with it. I cried every single day, the attacks wouldn’t stop the physical symptoms of them consumed me and it was hard to get past that part of life. I still to this day experience panic and anxiety I am not fully passed everything I have endured the last several years which I guess is considered Reactive Depression, which is depression brought on by life events. I don’t want to leave out that after my dad passed I did become pregnant once again with my now 7 month old daughter Audrey. I have 3 beautiful children just trying to find my happy place with them and enjoying every second of being a mother and being a stay at home mom with them!

This blog for me is to help get passed anxiety and to write about being a mother, things about my children, recipes and whatever else my viewers would like of me!

Email or comment your tips and tricks of overcoming anxiety!

Prev post Hello! Welcome everyone to my NEW mom blog, where I hope to provide something for you to enjoy reading! 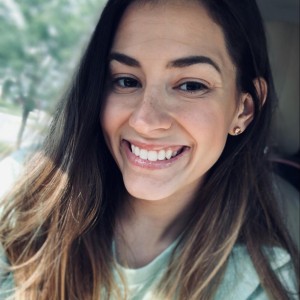 Hello! Welcome everyone to my NEW mom blog, where I hope to provide something for you to enjoy reading!